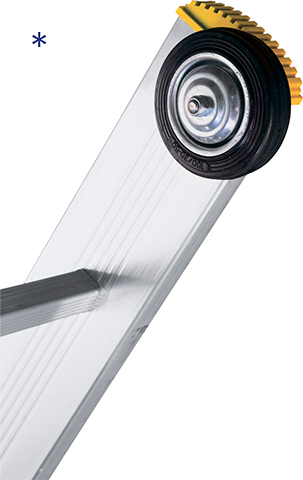 This versatile ladder can be used as a triple section extension ladder, as well as a self-supporting step ladder (in the shape of an inverted Russian letter ‘У’). Moreover, the third section is removable, and it can be used separately as a straight ladder, while the remaining part can be used as a double multipurpose ladder. This ladder is by right the most multipurpose of all, and despite the necessary pairwise overlap of sections both in the ‘extension ladder’ and the ‘step ladder’ configurations, which complicates the design, makes the ladder heavier and therefore increases its cost, it is the most popular option due to its exceptional versatility.

Thank you
Your request has been sent!